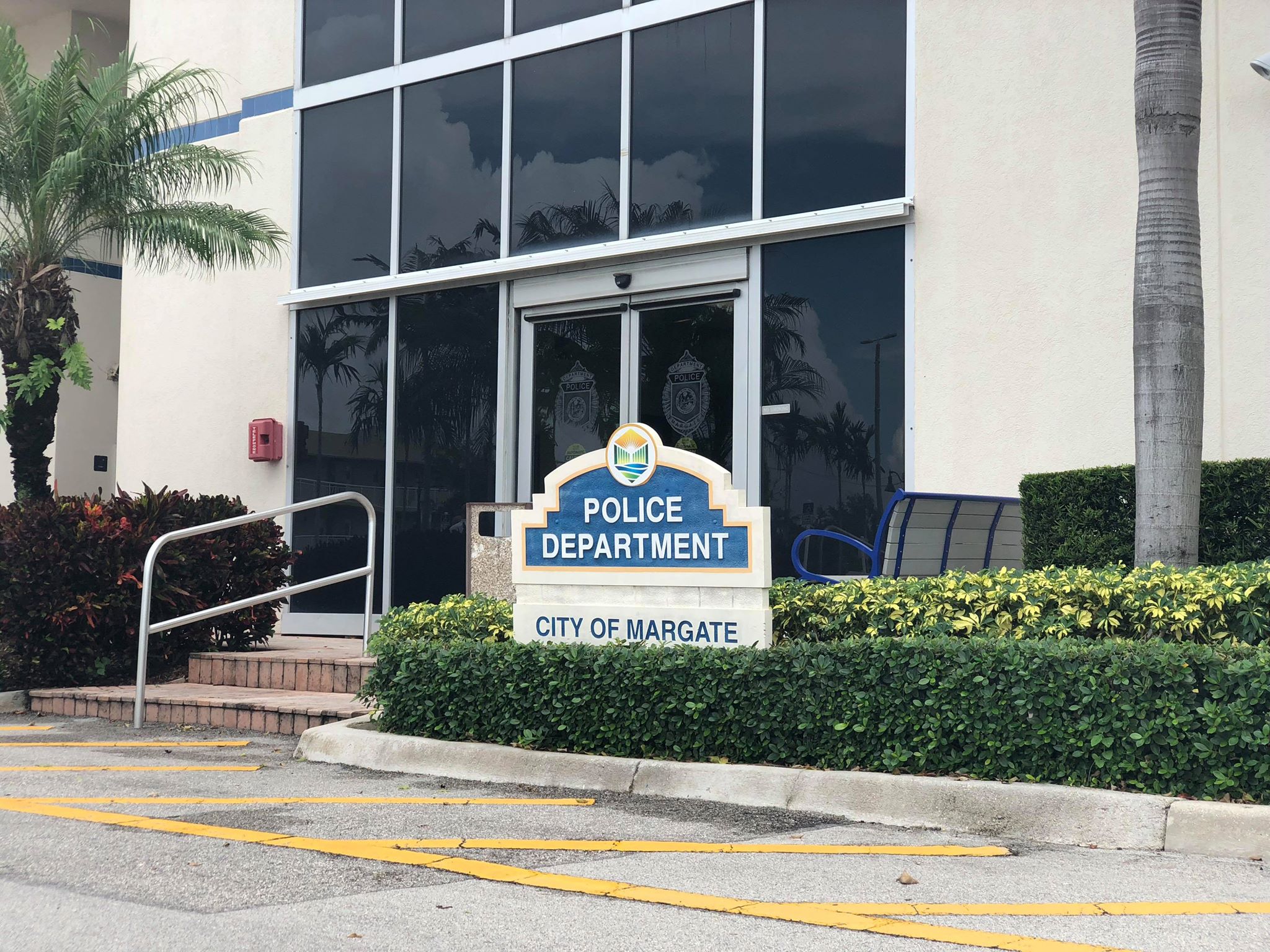 The City of Margate is located in the Miami-Ft. Lauderdale-West Palm Beach metroplex, the sixth largest metropolitan area in the United States. Margate is the oldest city in north-western Broward County having been incorporated May 30, 1955. In 1955, the city administration consisted of a Town Clerk-Treasurer, a police officer and a designated attorney.

Jonathan Shaw is the current Chief of Police of the Margate Police Department. The police department has 153 members, which includes sworn officers and civilian personnel. The department, a full-service law enforcement agency, is organized in traditional, paramilitary fashion. The department is also responsible for code enforcement and animal control.

The police department is composed of four bureaus whose commanders report directly to the Chief of Police:

• The Field Services Bureau consists of the Patrol Division, Community Service Aides, and K-9 Unit. The major responsibilities for these respective components include but are not limited to: responding to emergency and non-emergency calls for service, investigating criminal and non-criminal complaints, investigating traffic crashes, and enforcing Florida State Statutes.

• The Investigative Services Bureau consists of the Investigative Services Division composed of the Special Operations Unit and the Criminal Investigations Unit, which includes detectives that investigate: Narcotics Enforcement, Major Crimes, Property and Persons Crimes. The Special Enforcement Team is a component of the Special Operations Unit whose responsibilities include strategically responding to and investigating property and narcotics crimes in conjunction with the Criminal Investigations Unit. Victim Services, Crime Scene Technician, Crime Analyst and Technical Support are supporting components of these two divisions.

The Administrative Services Division provides a supportive role for the agency including: Training, Records, Planning and Research, Accreditation, Grants, Property and Evidence, Armorers and Court Liaison. The components of this bureau are responsible for the in-service training of all new and current police department personnel, the receipt, processing and retention of police department reports and documents, accreditation certification, grant writing, processing and storage of property and evidence, armory, case filing and subpoena disbursement. The Background Investigator is also a component of the division and is responsible for conducting comprehensive pre-employment backgrounds and recruitment activities for potential police department applicants.

The Special Services Division consists of Code Compliance, Animal Control and the Traffic Unit. The components of this division include: Code Compliance Officers who are responsible for identifying and correcting city code complaints, Animal Control Officers, and the Traffic Unit whose officers investigate traffic crashes, respond to neighborhood traffic complaints and specialized traffic enforcement. The Traffic Unit supervisor is also responsible for fleet control.

The Margate Police Department has been an accredited law enforcement agency since 1994. Accreditation is the certification bestowed by an independent reviewing authority to a law enforcement agency that has met specific requirements and prescribed standards. We have been accredited by the Commission for Florida Accreditation (CFA) since 1997. We currently maintain an “Excelsior” status, which is the highest recognition attainable through CFA. An accreditation program has long been recognized as a means of maintaining the highest standards of professionalism.