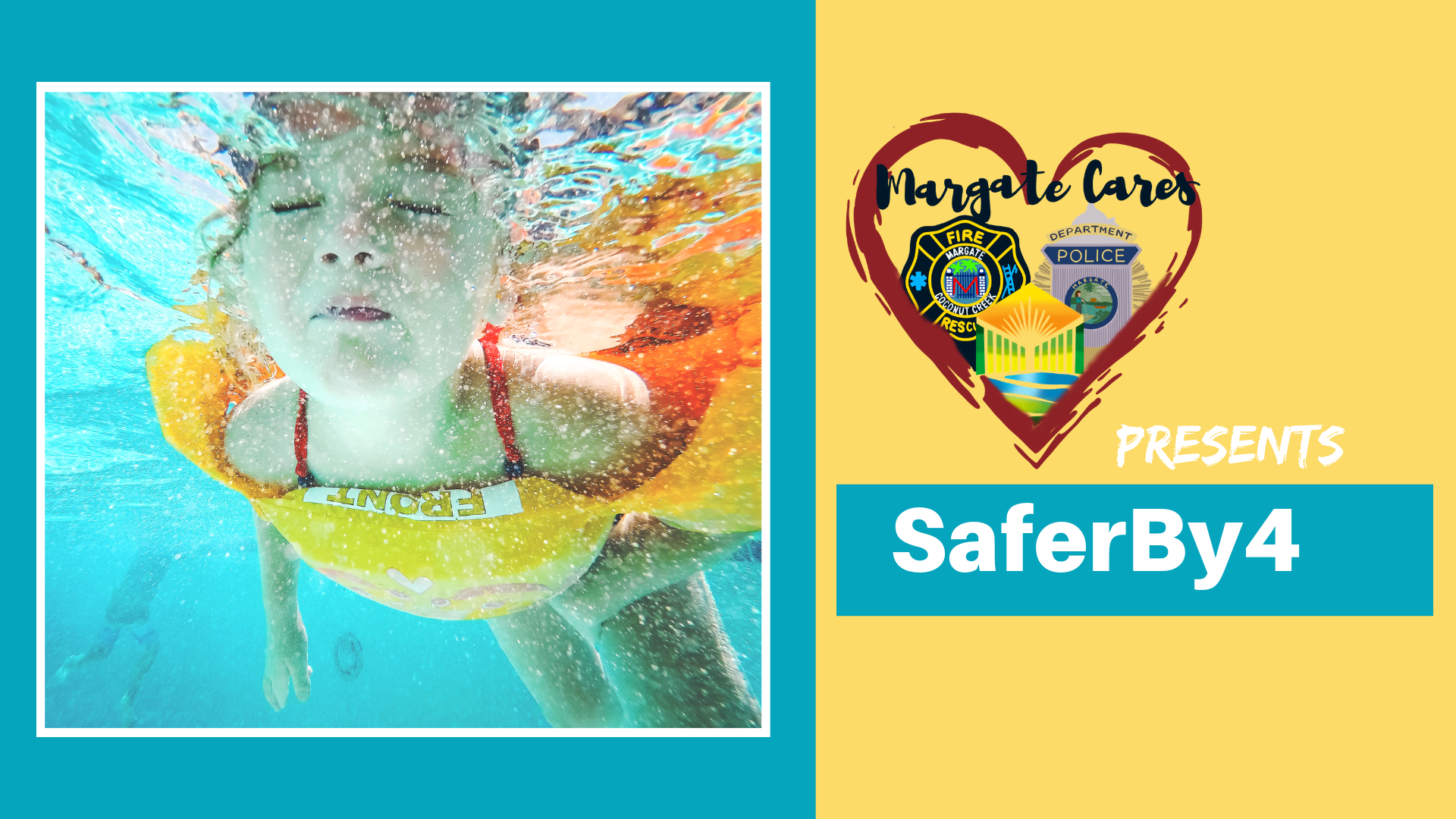 What is #SaferBy4, and did you know that The City of Margate is a #SaferBy4 city?

The Florida Department of Children and Families has reported that over the last five years, there have been more than 200 child deaths in Broward County. A majority of these deaths have been children 3 years old or younger, and have resulted from drownings. Also, a majority of infant deaths under the age of one-year-old have resulted due to accidental suffocation or strangulation from an unsafe sleeping environment. These deaths are preventable, and the reason behind the #SaferBy4 initiative!

The Margate Police Department has teamed up with Margate-Coconut Creek Fire Rescue and the City of Margate Parks and Recreation to join the #SaferBy4 initiative! Joining the initiative means we will be partnering with various departments to host semi-annual events to educate the public on how to prevent child incidents from occurring! Check out the scheduled events below!