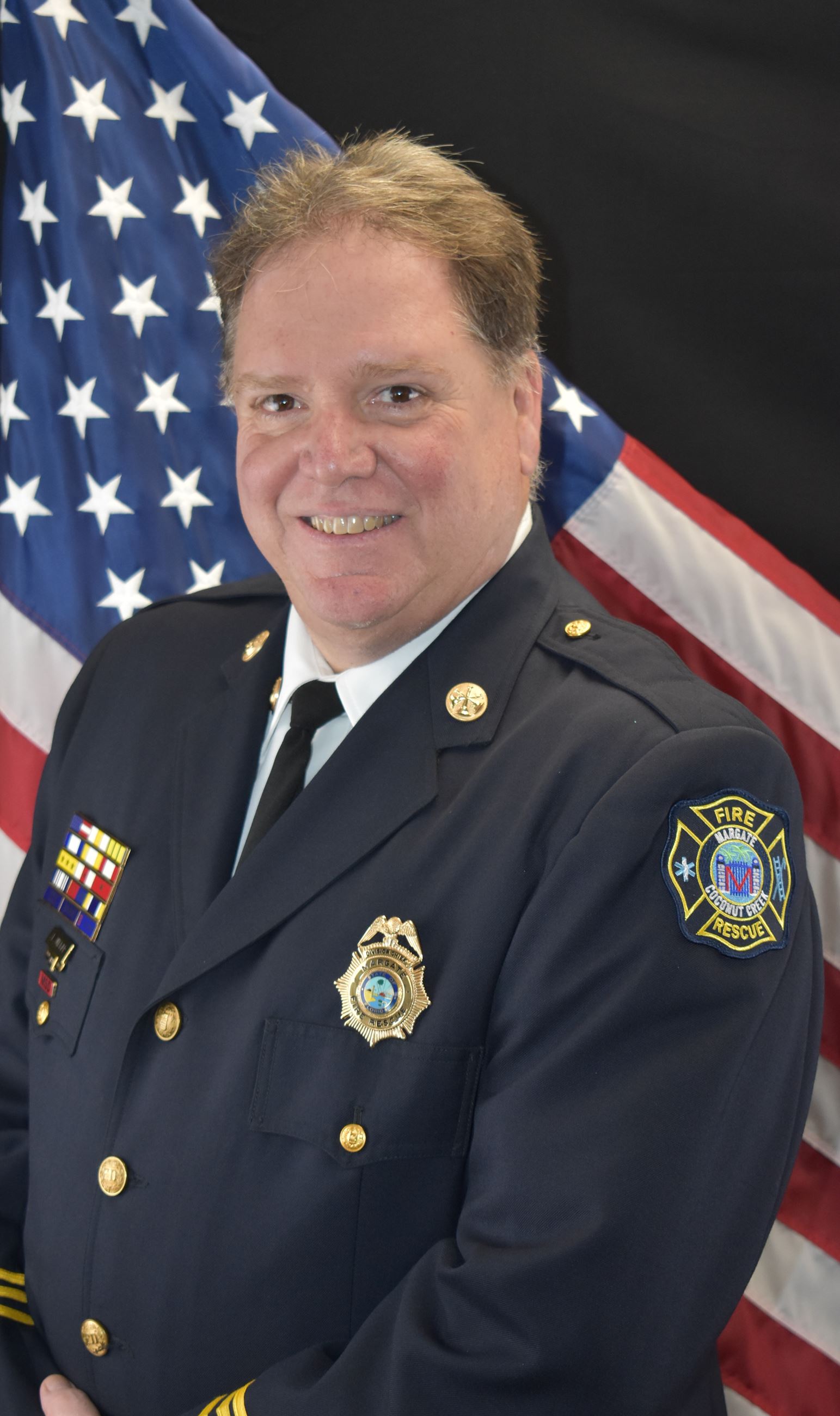 Luis Villar began his fire service career with Margate Fire Department in 1991. For over 20 years he worked on a shift schedule responding to 911 calls, serving the citizens of Margate/Coconut Creek. In 2010 he was assigned to day shift to work in the EMS Division and assist in the Accreditation process for the department. Luis handles all of Margate Fire Rescue EMS Functions and is the Department’s and City’s Infection Control Officer.

Prior to the Fire Department, Luis worked in the Emergency Medical field in the Hospital environment beginning in 1987. He credits much of his insight into the medical field to the work in the emergency room at Hialeah Hospital. While there, he enjoyed medicine so much that it led him to become a Registered Nurse. Educationally, Chief Villar holds degrees in Nursing, Emergency Medical Services and Fire Science.